What is a Trojan Horse?

Do you recall the story of the trojan horse that the Greeks sent to Troy in the Trojan war. It was presented as a peace offering but in fact, hid the real intent – to bring Greek soldiers inside the walls of Troy for a surprise attack.

Trojan malware (malicious software) takes its name from that classical story because it imitates the technique to infect computers and other digital devices. A Trojan will hide within seemingly harmless programs or apps or will try to trick you into installing it. 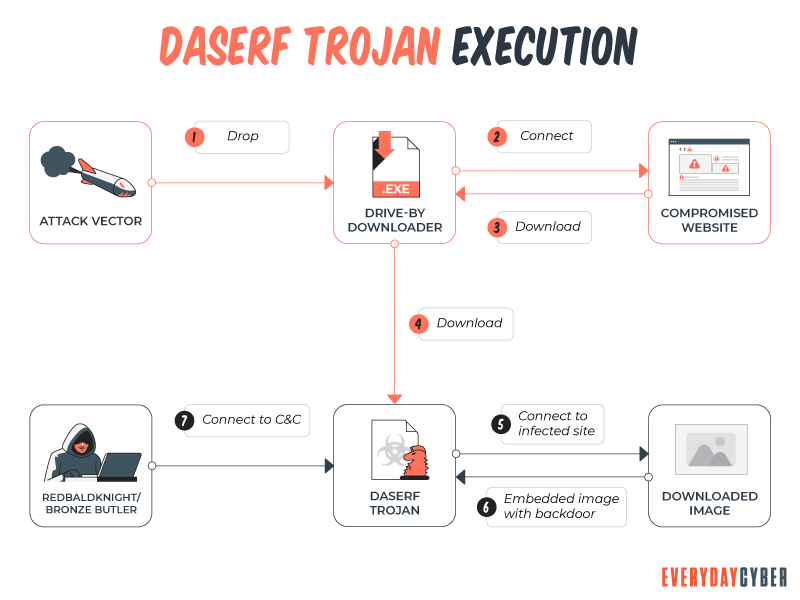 Bad actors and cyber thieves use Trojans to gain access to your devices. A Trojan is a malicious program that pretends to be harmless to trick people into downloading it. Once installed, Trojans enable bad actors to spy on you, steal your sensitive data, and gain backdoor access to your device. Some of the evil actions can include:

But unlike malware such as viruses and worms, Trojans cannot self-replicate. Cybercriminals lure unsuspecting users into taking action to download the Trojan onto their devices.

How does a Trojan Horse work?

The best way to illustrate this is through an example. You might think you’ve received an email from someone you know and click on what looks like a legitimate attachment. But you’ve been fooled. The email is from a cybercriminal, and the file you clicked on — downloaded and opened — has gone on to install malware on your device.

When you execute the program, the malware can spread to other files and damage your computer. 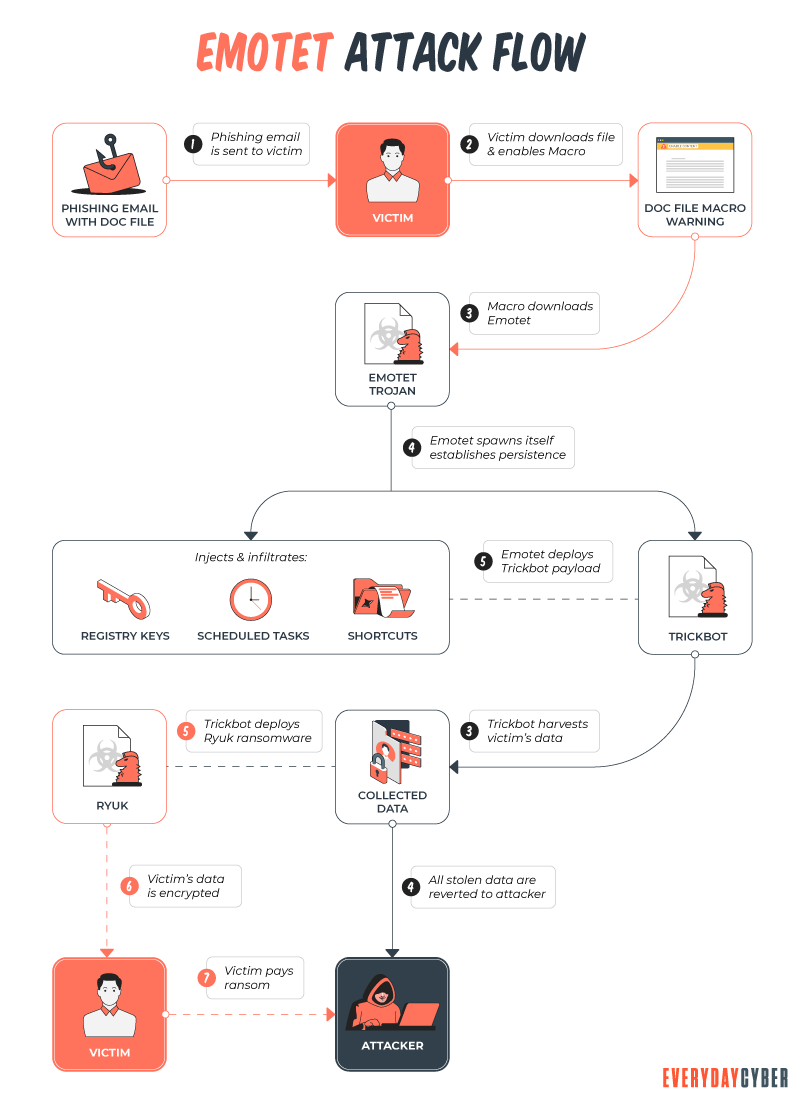 How? It varies. Trojans are designed to do different things. But you’ll probably wish they weren’t doing any of them on your device.

What can Trojans do?

Here is a list of the most common types of Trojan horse malware and what they do on your computer:

Unfortunately, this is just a sample list. As cybercriminals become more sophisticated, they will create many more different types of Trojan horses. So you need to be aware and be careful because they can cause a lot of harm.

How do I spot a Trojan Horse?

Unfortunately, Trojans can look like just about anything. So, it can be challenging. It could be the computer game you downloaded from a strange website. A “free” MP3 by that band you happen to like. Through an online advertisement on a website, and intentionally or unintentionally clicked on. Untrusted links in emails can take you to a site that causes a trojan to be downloaded. Many Trojans are specifically designed to trick you into using them. They use misleading language or try to convince you they are a legitimate app.

Check your installed programs
It is always smart and worth your time to check what programs are running on your device. If you see something running that does not look familiar, investigate what it is. It could be a trojan. If you think it is a trojan, remove it – either manually or using an antivirus/antimalware tool.

Check your device’s startup software/programs
Most devices and particularly computers, have a list of startup programs/apps that get launch when you start your device. This is a favorite place for trojans to get activated. Check the startup list and if you see something there that doesn’t make sense, it could be a trojan. Modify your device start-up list and remove the unwanted software. 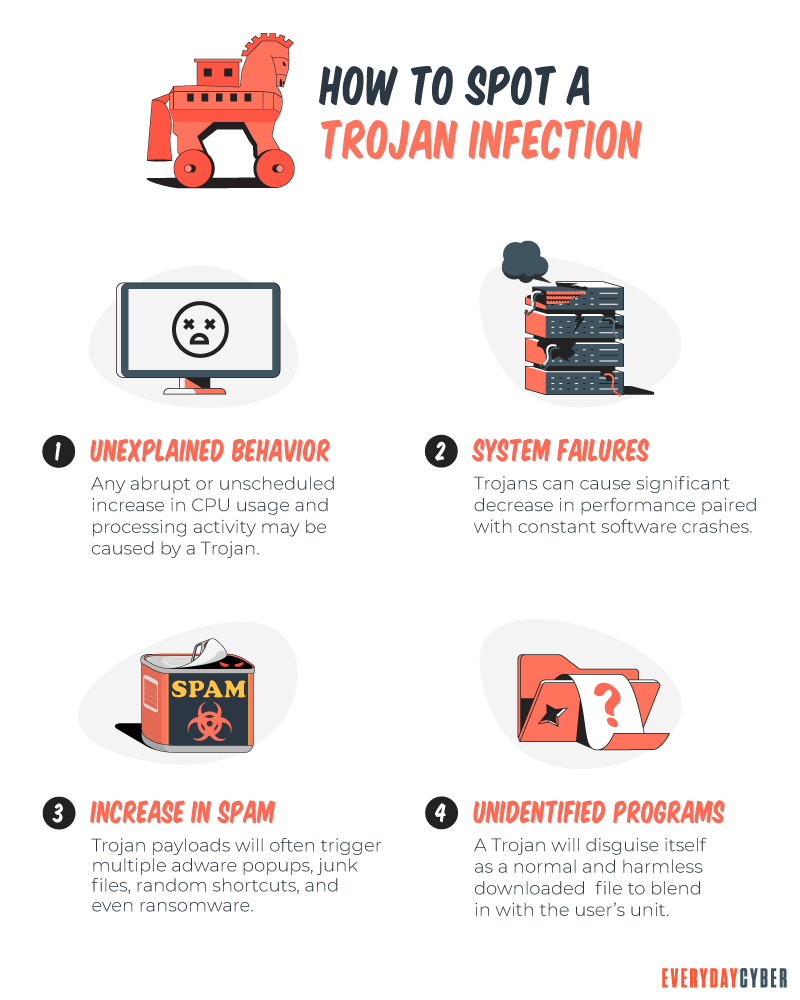 Keep tabs on your device performance
Many Trojan horses can be processing hogs and when operating can slow down your devices considerably. If you notice a change in your device’s performance it could very well be trojan malware. Crypto miners are a particularly notorious trojan that steals your device’s CPU to mine cryptocurrencies and that takes a lot of processing.

Install /Antimalware tools on your device
Ultimately the best method for detecting and eradicating Trojans, like most malware, is to have quality antivirus/antimalware tools on your devices. These tools are designed to look for trojans and all other forms of malware infections. They can identify, prevent, inoculate and remove such infections before they impact your digital lives. It’s worth the investment.

Are there ways to avoid getting infected with a Trojan Horse?

As with all malware, your first line of defense is to avoid getting infected by using prudent cybersecurity practices like avoiding unsafe websites, checking every link you are thinking about clicking on before you click, don’t download anything from sites you do not trust, trust no website until you have confirmed it is safe to browse, do not download anything – from anywhere – that you do not know is 100% trusted.  Finally, if you don’t already, get yourself a quality antivirus/antimalware tool for your devices. 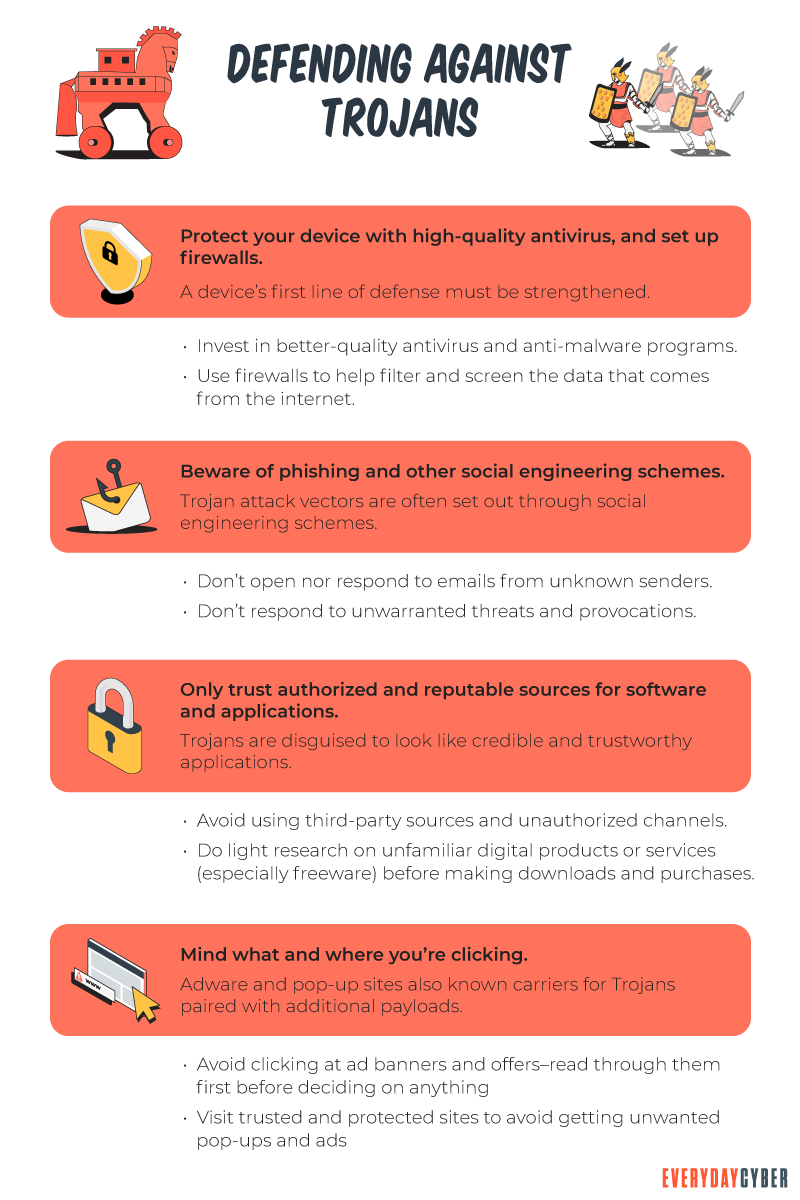